Here is another post in which you have the opportunity to get to know our team better. It is the second in the series in which we present the profiles of our engineers. The protagonist of today’s interview is Tomek Skibiński, Head of DevOps Innovations at LCloud.

Tomek, when you decided to join the LCloud team and start the adventure with cloud computing?

I’ve been in the company basically since its beginnings. At that time, I also finished my engineering studies and decided to change something. Until now, I worked in a small hosting company, where I did practically everything. We rented servers from OVH, we set up and sold them for shared hosting. We mainly dealt with reselling.

So, you decided to change something …? How big was the change?

At that time, I started my work as a regular Linux administrator. In the first company, I actually learned a lot about the profession of admin. Over time, the number of my duties magically increased (laughs). Later I came to another company in Lublin. Finally, I decided to move to the Tri-City, where I thought that I would have more opportunities to develop.

Exactly – you moved to the Tri-City. So how exactly did you come to LCloud? Because the headquarters is located in Warsaw. 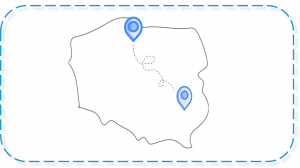 I just sent my CV (laughs). In fact, I was not looking for any specific job, especially one related to the cloud. I just moved to Gdańsk and decided to try my hand somewhere else. Lublin, like a typical student city, is also a good place for further development, but I decided that I wanted to change something and chose the Tri-City as the destination of my trip. Besides, I did not go to Lcloud immediately after moving – I gave myself 3 months to get to know the city and recognize the area. I was also on several job interviews at local hosting companies – they did not have a cloud, but they wanted to make one on the basis of OpenStack. And in the meantime, there was a job offer from Jacek ( CEO and CTO @ LCloud – Jacek Biernat) and I am here now.

Let’s go back in time. How was it with your studies? Did you know that it would be computer science?

I was studying externally and got a degree in computer systems and networks. Although I was already thinking about programming. I finished my studies in Lublin at the University of Economics and Innovation. Earlier, I also obtained the title of IT technician. I knew that I wanted to go this way. There was no case that I chose IT because it was just a trend. Later I came to a hosting company, where I made various smaller and bigger scripts, and that’s how my coding adventure began. 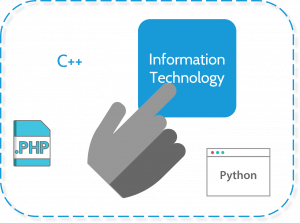 And before your studies, have you done something in the direction of coding? Have you tried writing by yourself? If so, in what languages?

Yes, I programmed in a post-secondary study. It was different. I tried C / C ++, C #, Pascal, PHP, HTML and CSS, BASH. I also had a small episode with Java. On several projects (in LCloud) I also had the opportunity to try my hands at Python or Ruby. There were also a few of them.

So you have a degree, changed the surroundings, you also have previous experience. And how did it happen that the choice of cloud computing was the area of interest?

Most of your projects in LCloud are based on the AWS cloud. So tell me, does it give the greatest opportunities?

I think so. Dynamic development, new services and new functionalities for existing ones, which appear practically throughout the whole year, not only on re:Invent (an annual event organized by AWS). The opportunity that AWS gives to acquire one of the most desirable competencies and certificates – all this makes them the best. That’s why we work with them.

And what did these certifications give you? Besides the professional issue and the fact that you get more job offers on LinkedIN?

Haven’t you felt the pressure that you must have those certificates to be better at what you do?

No, but I have satisfaction in cooperation with foreign partners, especially when they are “native speakers”, and I say that I have more certificates from them (smile).

Great! Nothing left for me but to congratulate and wish you further successes! Thank you for your time and hope for another conversation, but this time about certificates.

I also thank you and in that case see you soon. 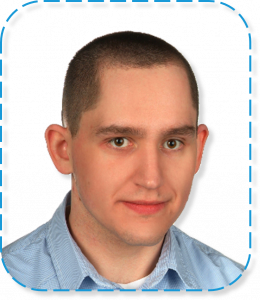 Interview with Tomek Skibiński – Head of Devops Innovations at LCloud, an enthusiast of cloud computing and open-source technology. Every day he specializes in building and implementing new solutions, also in automation of infrastructure and applications based on the AWS cloud. As an experienced Solution Architect and DevOps he shows how to take full advantage of the opportunities that the cloud brings. As one of the few in Poland, it has passed almost all AWS certification paths.